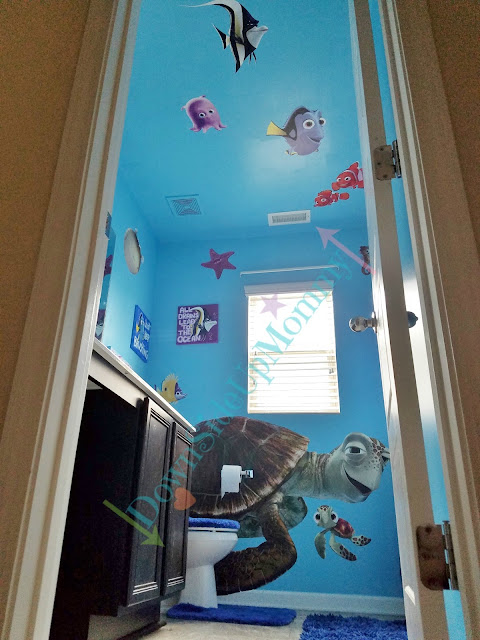 When we first bought our house in 2012, I had not yet had any kids with my husband. He had a son that mostly stayed with his mom, and because of this, the "kids' bathroom" was the last room I was interested in decorating.

Well, fast forward 2 weeks after closing on the house, I had just said goodbye to my husband for his deployment, and I found out I was pregnant. Wow. Yep! I later found out it was a boy, and a friend of mine did a bathroom upgrade and gave me her old Mickey Mouse decor. Black, red and yellow. 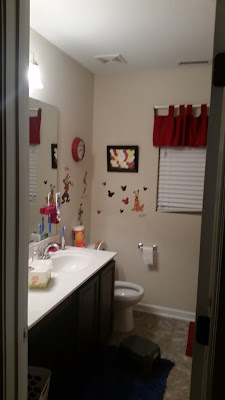 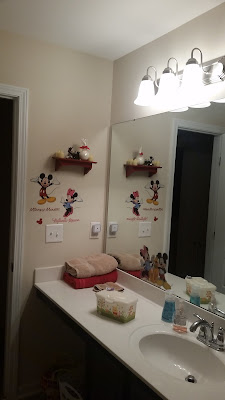 I liked it. I had already decided that my son was going to be a Mickey Mouse fan. It was adorable and I loved having it. Not sure why I didnt take a picture of the shower curtain but it was very similar to this one:


Fast forward a year and a half, I'm pregnant with baby number 2, which is a girl, and since my step son is getting older, (he's 8 at the time of this remodel and most likely coming to love with us soon) so the little boy Mickey Mouse bathroom had to go.

Then I started thinking.
"what are gender neutral bathroom ideas for kids?" the jungle? no, that's so boring. Mickey mouse but add Minnie? ehhhh its so...young...Then i thought about an ocean theme! Doing some peeking around online, Finding Nemo won my heart. It would be so easy, and everyone loves Nemo, even older kids. I found the paint color I wanted off the paint wall in Wal-Mart. I ordered fat heads off Amazon. You can see them here:


and I had my sister, who is an artist, make some amazing artwork for me to add to the room (Her Etsy shop here). I threw some ideas at her and she made it happen. Definitely exceeded my expectations. I thought they were clever and suited being in a bathroom, what do you think? The little octopus is my sons favorite, especially when she says "Aww, you guys made me ink!" so i had to throw that one in there just because! 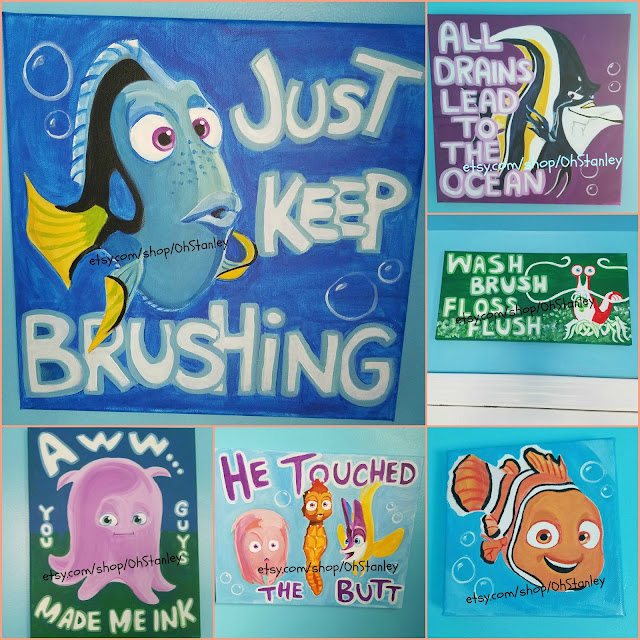 The shower curtain was a little pricey for me at the time I bought it, but i really wanted this bathroom to be awesome, so I went ahead and purchased it. The price has dropped significantly since my purchase.


Everything else such as the rugs, toothbrush holders, etc i grabbed from walmart to match. The outlets and light switch covers I spray painted with some spray paint I had from other projects. The towels I purchased from Target but I was able to find a similar set, and I've posted the link below. 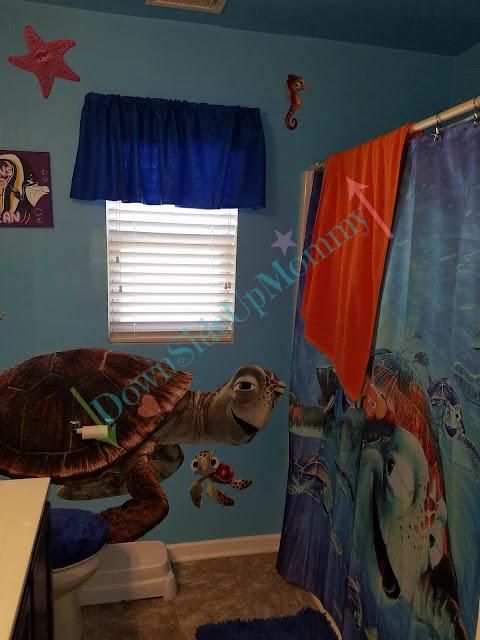 I love how it turned out and my kids are huge fans. I've been dying to show it off to the world! One thing I have added since all this is a valance to match the rest of the bathroom. I'm always sewing for customers but never for myself! What do you think? What would you change? 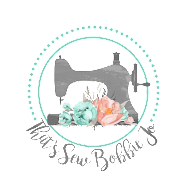 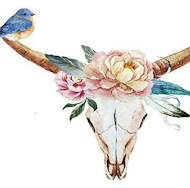 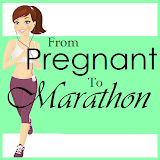